On the evening of October 31, 2020 the First Virtual Congress of Dominican Writers was held via Zoom and Facebook Live. The event was also carried live by The Dominican.net Radio (TDN).. Organized by the Dominica Arts and Literary Association (DALA), the event brought together writers of Dominican heritage on and off the island,  alongside  well wishers from across the globe. 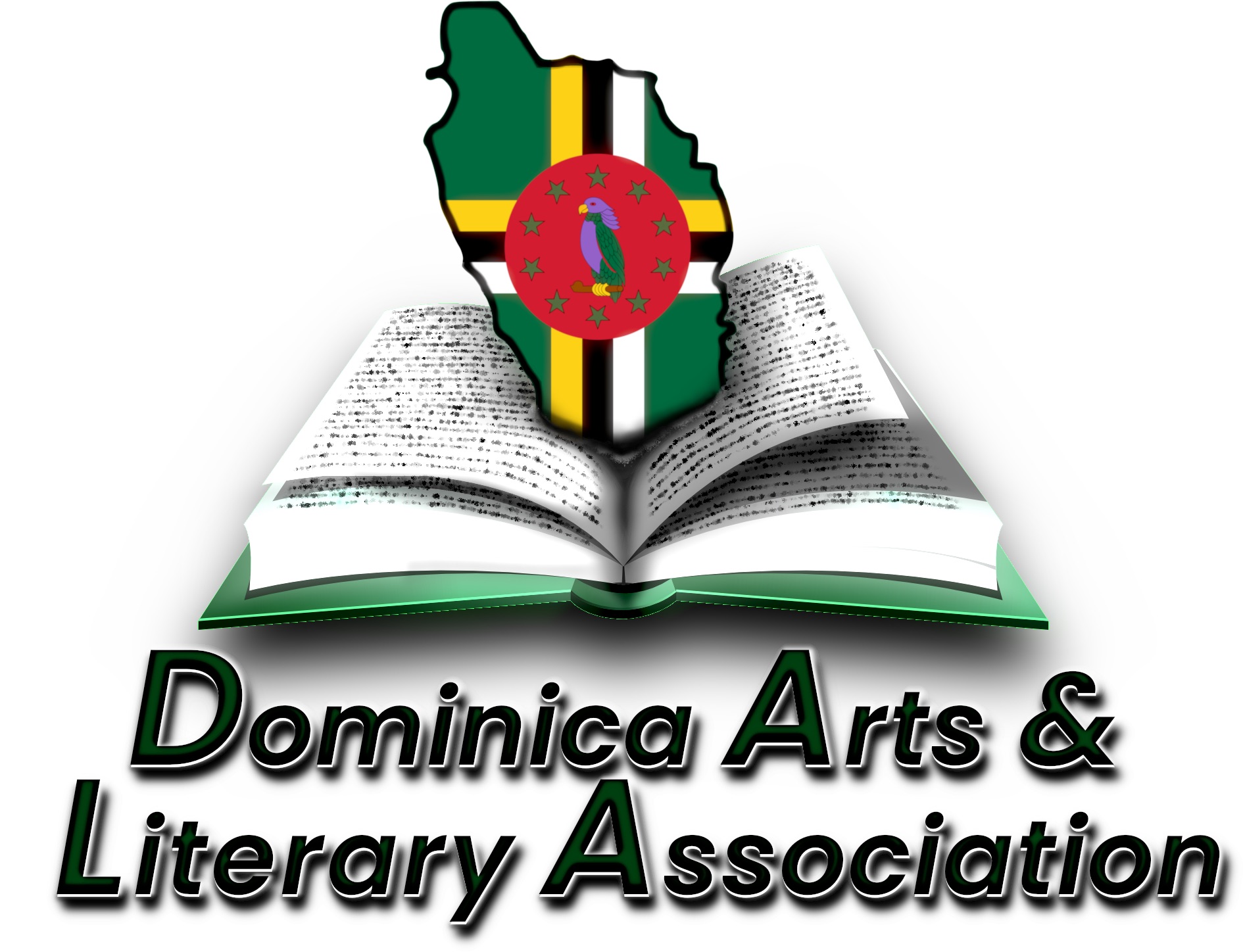 DALA, the brainchild of Pennsylvania based, Dominica-born trauma surgeon Dr. Dale Dangleben, is dedicated to the promotion of Dominican arts and literature. The website of DALA (www.da-writers.com) offers up a kaleidoscope of rich  literary offerings of which all Dominicans can be justifiably proud. The vision of DALA as stated on its website is “to promote Dominica’s literary competencies through a structured platform for extra-curricular activities, enhancement of overall education and cultural awareness.”

The Congress was chaired by eminent Dominican economist, Dr. Thomson Fontaine from his base in Juba, South Sudan (where he serves as an advisor to that nation’s government). The auspicious occasion commenced with well wishes and solidarity messages from a variety of distinguished sources. First off was Dr. Neil Vaz of Seminole State College in Florida whose PhD dissertation focused on the resistance struggle of Dominica’s maroons (Negre Mawon)- enslaved Africans who rebelled against slavery and fled into the islands thickly forested interior to establish free settlements, often aided by indigenous Kalinago warriors. Next to bring greetings was British barrister and author Darren Sylvester who is of Dominican heritage and a leader in the United Kingdom based Dominica Overseas Nationals Association. He hailed the importance of the event as inspiring Dominicans to great things.  He was followed by medical doctor  Dr. Julius Garvey, the last son of the late great Marcus Mosiah Garvey – founder of the Universal Negro Improvement Association. Garvey, as with the others, congratulated the writers gathered and wished much success to DALA in its mission. He took time to stress the  importance of writing ones’ own history. In his words, “We have accomplished great feats and such needs to told. During the colonial plunder of Africa, our great works of  art and literature were burnt or stolen, and we must work diligently to make up for lost ground.”

The Dominican writers gathered spanned those who, like Dr. Irving Andre and Giftus John, took up the pen as students in the pre-independence period more than forty years ago. They were joined by those who came along later to blaze a trail in new literary genres. The wide array of literary offerings referenced at the Congress of Dominican Writers, spanned the spectrum from medical textbooks and novels by Dr. Dale Dangleben himself,  to a delightful children’s book on the Dominica of yesteryear co-authored with his partner Zenita Lee. The audience heard from the founder of Dominica’s first martial arts academy, Shihan Robin  who published a first of its kind text on martial arts. Up next was a presentation on a motivational piece written by psychologist and radio-talk show host Dr. Simone Mathieu. We learnt of the vivid capture of village life and poetry intrinsic to the works of Giftus John. In informative and colorful detail the Congress was introduced to the inspirational works of writers Matilda Popo, Sharon Dorival and Shirley Allan covering issues such as bullying, education methods, youth development, and social commentary. Dr. Irving Andre took time to  discuss the importance of locals writing Dominica’s history and elaborated on the various works of fiction and non-fiction he has produced over the years. Andre, a sitting Canadian judge,  related the genesis of Pont Casse Press and how it came to be founded in 1992 via a veritable lifetime of collaboration with his co-author on many works on Dominican history and literature, attorney Gabriel Christian. In the view of Andre, there exist an inextricable link between literature as it has evolved on Dominica and the quality of the liberties we enjoy. That is, the more liberty-loving and organized we are in the discipline necessary to produce good works of art, the more creative and prosperous we shall be as a nation. In closing remarks, Dr. Fontaine revealed that he will soon publish a book on Dominica’s maroons. It is of note that Fontaine was the founder in 2001 of the online journal  www.thedominican.net and  TDN Radio. Both entities have done much to  educate Dominicans, and a global audience, about the history, society and governance of the fascinating island we call home.

Other greetings to the Congress of Dominican Writers came from Howard University educated general surgeon and author Dr. Sam Christian.

He was followed by Colorado based Ethiopian leader and investment broker Mel Tewahade who is Financial Advisor to the Ethiopian Crown Council. A warm commendation  to the gathering came from, Dominica-born Canadian based educator and retired Vanier College Professor  Dr. Dorothy Wills-Green. The writers heard also heard from Dominican soil scientist Dr. Davidson Lloyd of the Caribbean Agriculture Network; Howard University researcher in electrical engineering  Dr. Delroy Green; Derrice Dean of Carib Nation Television who is a former Voice of America Caribbean Service commentator remarked on the importance of the Congress and her presence at 1969 Sir George Williams University anti-racism student protests alongside Rosie Douglas. From South America came good tidings from Afro Colombian academic and community leader  Professor Alex Caicedo of Cali, Colombia. Final comments came from  social entrepreneur  and business leader Peter Alfred, a member of the storied first group of Dominican scholars who embarked on the Cuban Scholarship Program with Dominica following the devastation inflicted on the island by Hurricane David in 1979. Educated in Cuba with a first degree in livestock science from the Higher Institute of Agriculture Sciences Havana and with an MBA from Manchester Business School/University of Wales, Alfred admitted that he is now even more inspired to join the growing legion of Dominican writers. He felt it was important to pen a study of that cohort of local scholars who traveled with him on that groundbreaking journey in academia. 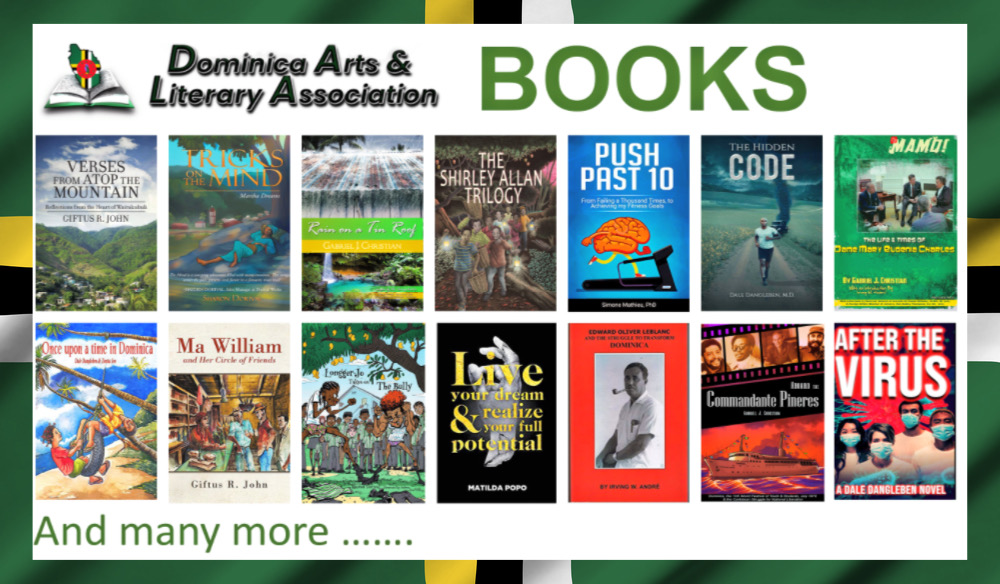 The writers gathered took time to honor the Dominican teachers and writers who nurtured their skills on island. Particular note was made of the likes of literary artists Alwin Bully, Dr. Lennox Honychurch and Dominica’s Division of Culture in nourishing that wellspring of creativity from which the DALA Congress issued

The DALA, by creating a broad based collective of Dominican authors is dedicated to the proposition that by such organized networking we can better access the resources and the requisite marketing reach to bring the richly textured arts and literature of Dominica to the rest of the world. More so, via the DALA platform, its founders intend to forge a spirit of teamwork to so nurture a new generation of Dominican writers. All the writers who presented, evinced a keen desire to see a  blossoming of the literary arts on our beautiful island.  The inspirational nature of the Congress, at a time when the Covid 19 pandemic  has cast a shadow over Dominica’s 42nd anniversary of independence, represents a renaissance in Dominican literature. May this organized rendition  of works by Dominicans, or about Dominica, give added self confidence to our people at home and abroad. Indeed, the First Virtual Congress of Dominican Writers captured the best hopes and aspirations of a people. By spotlighting the universe of our productivity in the literary arts, we have bettered  the prospects for our personal and national development. May this seminal event resound for the ages!