By The Kid that Never Naps

West Indians love to recall Indian cricketing greats like Gavaskar, Dilip and Tundulkar. However the rogue regime in Roseau which had grown deviant on passport sales double dealing has now marred our image as a collection of law abiding and welcoming islands.

We are now associated with fleeing felons, mafia elements and the kidnapping of Indian jeweler Choksi.

Kidnapping is not our culture. Kidnapping is not about cricket. And the Choksi saga may well be the straw that broke the camel’s back by exposing to the world the lawless nature of a regime which cares nothing about national pride, dignity, rule of law and due process. What has brought us to this pass?

Choksi is an Indian jeweler who allegedly stole billions from an Indian concern. He fled India to avoid trial and sought a port that welcome pirates. Enter the 21st century Caribbean where some of our leaders are now slaves to the lure of filthy lucre and, like the pirates of old, steal, loot and plunder to gain and maintain power. These leaders are the comforters that escape artists like Choksi seek.

As is customary with the perverted passport sales practice of Antigua’s Prime Minister Gaston Brown, Dominica’s Roosevelt Skerrit and their ilk, Choksi bought Antiguan citizenship to avoid justice. As an Antiguan citizen he cannot be deported to what is now a foreign land.

India’s Modi, who is a lawless leader and fascist in tendency, all of a sudden befriends Skerrit. We found it strange that while Indians were dying in droves from Covid 19 India’s government led by Modi donated thousands of doses of vaccine to Dominica. All Dominicans appreciated the seeming generosity of our fellow Commonwealth of Nations partner. But was there more to this vaccine donation than met the eye?

Not to inject too much drama into the Choksi matter, this seem to have been a underhand deal to sweeten the Super Schemer Scary leader of Dominica to deliver Choksi to India.

Before you know it Choksi disappears from Antigua. He appears on Dominica, on or about May 23, 2021, as if by magic aboard a magic carpet like yacht.

Aboard the yacht are Indian secret agents brimming with muscle and spyware and assorted kidnapping gear. It turns out Choksi was badly beaten in the kidnapping which took him to Dominica. The battered Indian billionaire’s bloody eyes and bruised limbs makes a mockery of any claim that he came to Dominica voluntarily for “dinner” as claimed by Antigua’s crime minister. 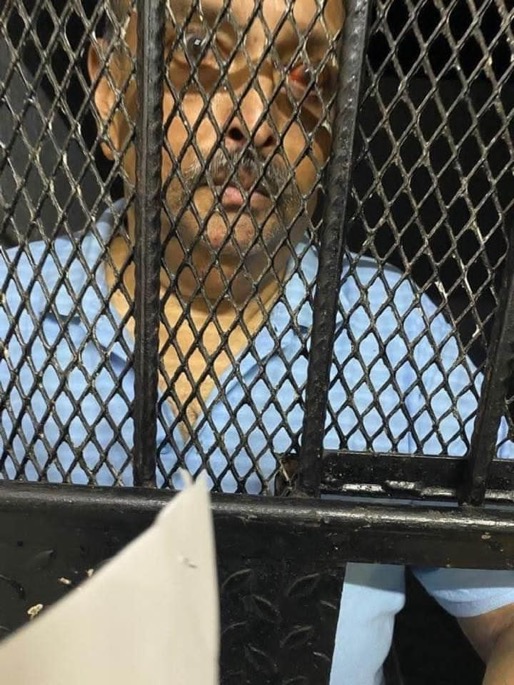 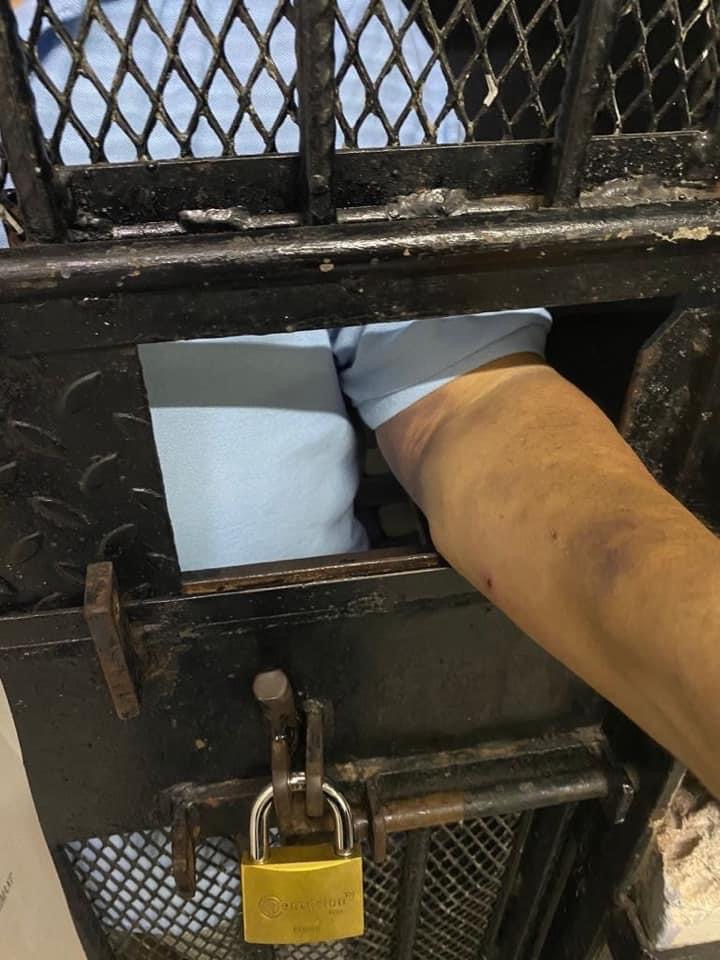 Dominica’s increasingly lawless police may have had a hand in the scheme to kidnap Choksi. So too the misnamed Antiguan law men.

A jet lands on Dominica from India shortly thereafter. Gaston the fast one brays that Choksi must be sent to India. The Antiguan master of mamaguy, posing as if he is a Prime Minister, orders his scary palace dwelling partner on Dominica to double cross Choksi. That, after Choksi paid his Antiguan enablers good money to enjoy Antiguan citizenship.

Private jet in Dominica sent from India for Choksi

The cross was the vaccine injection.

The double cross was the kidnapping.

The triple cross was the Dominica ministers as moose boys carrying water for the errant Antiguan leader AKA Gaston the fast one.

The Antiguan and Doninican leaders should now face the music as their passport double dealing has erupted into an international scandal.

All the escape artists like Choksi should beware that a few valiant souls still strive to preserve rule of law in our islands.

We still believe in honesty.

We still believe in the glories of cricket and decency of the game made manifest in how we govern ourselves.

Skerrit, like Gaston, are poor cricketers in the game of governance. The only thing they seems to have mastered is the art of the big lie.

The damned duo, are legendary practitioners of the mischief condemned in cricket as “leg before wicket” LBW.

Unless our nations are burdened by unfit umpires, or the masses are misled, they should both be cast out of the field of cricket and made to walk back to the pavilion in shame.

There is a proper way to do things in a law abiding manner. The rule of law courts not delinquent leaders is our hallowed tradition.

We respect the India of Nehru and Ghandi.

India did not prosper by selling passports and neither shall we.

The sooner we purge our islands of the plague of passport sellers we shall continue to plunge into the precipice of corruption.

India, if you want Choksi, then resort to the courts. Sidestepping rule of law and law courts by kidnapping will never do for us. Neither will governments which engage in the cross, double cross and triple cross inherent to a perverse policy of passport selling ever bring us to the promised land.

True patriots hold no brief for Choksi. If he is a criminal he will face justice. But we must never become criminals and destroy due process while claiming to seek some moral high ground.

May it yet be that the Choksi drama, which is worthy of a Bollywood flick, unravel the passport selling mob now mutilating our nation by misrule.

We invite Bollywood and the Indian press to place the passport pirates under scrutiny and know that not all Caribbean leaders are as useless as twiddle dim and twiddle dimmer who rule over Antigua and Doninica.

May the Choksi saga finally seal the fate of the passport selling plutocracy – the new pirates of the Caribbean.