Mel : Can you tell me your name and when did you start working with USAID?

Dwight: So my name is Dwight Steen and I went to work for USAID in 1971. My first post and assignment was assigned to Borgata, Columbia. My area of expertise is agriculture. I did various agricultural projects from forestry to irrigation, agricultural policy, and almost anything you can think of to improve country’s agricultural sector.

Mel: When did you work for Dominica to improve their island agricultural capacity?

Dwight: Around 1984 or 85 I was stationed in Washington, DC and received a request from the Prime Ministry of Dominica, Eugena Charles. We were to do analysis and design a program to diversify their agricultural. I and another co-worker were assigned to do the work in Dominica and spent one month interviewing hundreds of people and coming up with a program to try to diversify away from the only product which was at the time bananas. Bananas were 40% of the GDP.

Country is vulnerable if it is dependent on one single crop. A hurricane wipes out bananas in an instant. We tried to diversify into citrus, bay oil, increase coconut production for soap, cut flowers for export to the US, fruits and vegetables. I was only there for design and analysis and cannot speak for its implementation since I was assigned to another location after that.

Mel: As they go into the election season the incumbent has been in power for 18 to 20 years. What is your advice for opposition leader, like Lennox Linton, Dr. Sam Christian or Danny Lugay. What can the good leaders of United Workers Party do to unseat such a corrupt regime?

Dwight: I do not know what their plans are but from many countries experience they need to have  outside observers like Carter Center and the United Nation who can detect if there is a fraudulent activity during election. They also need to train local citizens, in monitoring polling stations and vote count. But the most important thing is to get the people to come out and vote. You have to convince the people that their vote matters and they can make a difference and change the government.

Mel: In the case of Dominica people are leery and tired of the government as government tries to bribe people to vote for them. How can the opposition overcome this type of problem?

Dwight: The people themselves can decide when they are not in agreement with the status quo. Look what is going on in Hong Kong the people are saying they do not want the activity of what the Chinese are implementing in Hong Kong. The same thing is happening in Bolivia yesterday. The people voted 3 times for the President. The President wanted to run the 4th time in a fraudulent manner and he was forced to resign. Voices need to be heard. Let the world know that you want a change. 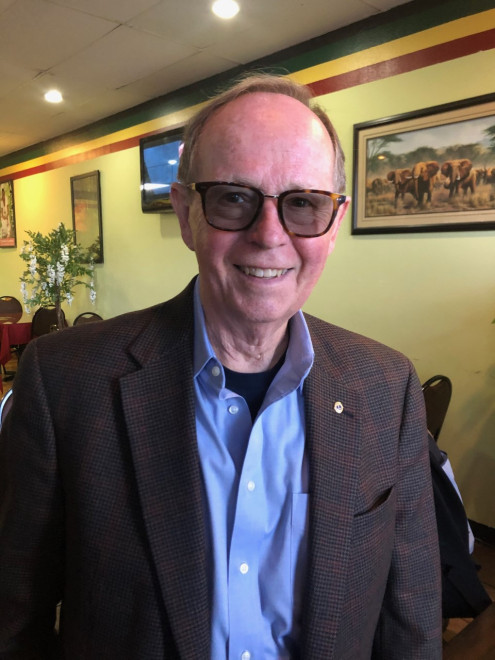 Historically, agriculture has always been the mainstay of the Dominican economy. For most of this time the country’s agriculture has been mostly based on a mono-crop; from limes, to cocoa to bananas. The problem being that when this main cash crop was affected by disease or by a hurricane the impact on the country has been catastrophic.

Independence did little to prevent the problems plaguing this Nature Isle economically. Fraught with peril from decades of underdevelopment. Then came the uprising of 1979  during the Patrick John administration which ultimately led to an interim Government  forming with Oliver J. Seraphine as the Interim PM. This was subsequently replaced by the Dominica Freedom Party following the 1980 Elections. Ushering in the first female Prime Minister  Eugenia Charles in the Caribbean. By then,  the country was still recovering from Hurricane David. Towards the end of  1980 there were signs of an improved economy;  but saw a decline again in the 1990s due to a drop in the banana prices. Though the banana industry was the main agriculture product and was 40% of the GDP; PM Eugenia Charles had the foresight to recognize the need to diversify and had developed a program with the aid of Dwight Steen four years prior. Therefore, the focus was on Citrus crops and other products that provided a boost to the agriculture sector.

Fast forward  to 2019, we see a regime that moved away from agriculture completely to a service industry with dire consequences.  This catastrophic mismanagement of the economy coupled with the impact of natural disasters further plunge the country to the verge of collapse. Based on its current trajectory, it’s obvious the country is in need of good governance, social and economic reconstruction. History seems set to repeat itself. With a snap Election and an incumbent engaging in all sorts of electoral irregularities and political machinations, the future of Dominica’s Democracy is hanging in the balance.

Our Democracy is, in indeed, in peril. Skerrit and his cohorts have control over  the courts,  law enforcement and has undermined public trust in our institutions. He has violated the constitution and the rule of law. Rejecting the recommendations  for Electoral Reform making it difficult to have free and fair elections. Refusing to acknowledge the important role that  the joint mission organization (CARICOM-COMMONWEALTH-OAS )can play in our political process.

The onus is on the people to take back the power and return the country on an even keel.

One thought on “DEMOCRACY IN PERIL”