A small group of Dominicans gathered outside the President’s mansion to ask for free and fair elections. As soon as they got to the gate, one officer in military fatigue with a machine gun came to the gate. About two minutes later , an SUV filled with plain clothes police officers jumped out with  automatic weaponry and pump rifles and proceeded to intimidate the citizens. This was a citizenry plea to Charles Savarin for electoral reform in Dominica. If you may recall Charles Savarin was the member of the Freedom Party and the leader of the workers union who shut down the country in 1979 which resulted in the toppling of the Patrick John Regime. This was a very disturbing sight today to see officers jumping out of their vehicles with their guns and intimidating a peaceful gathering. Is this a forecast of what is to come?. 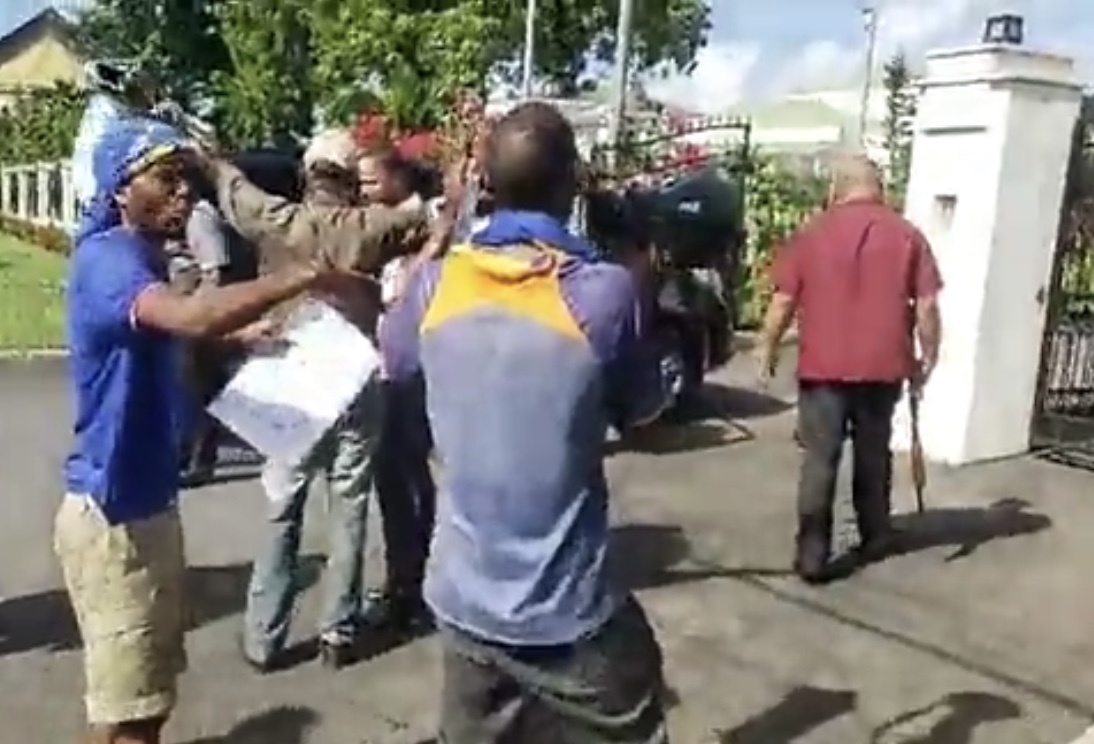 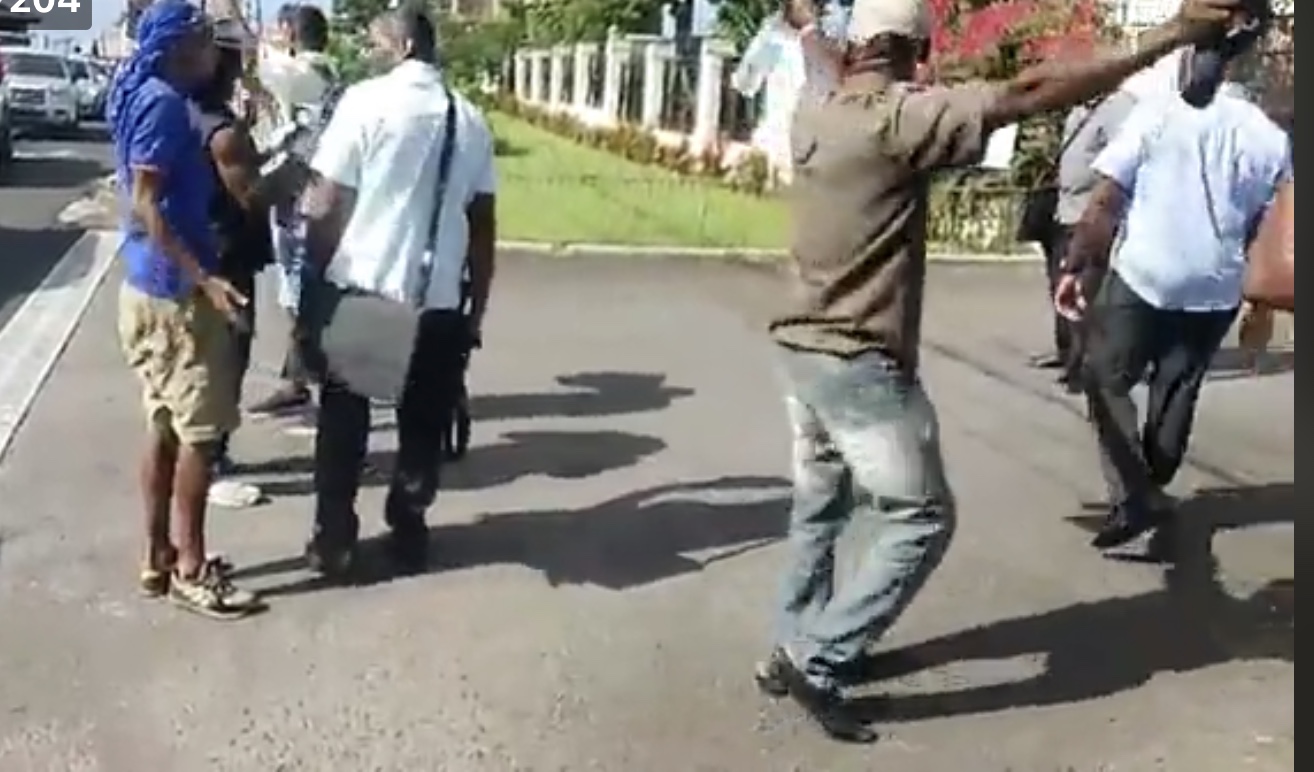 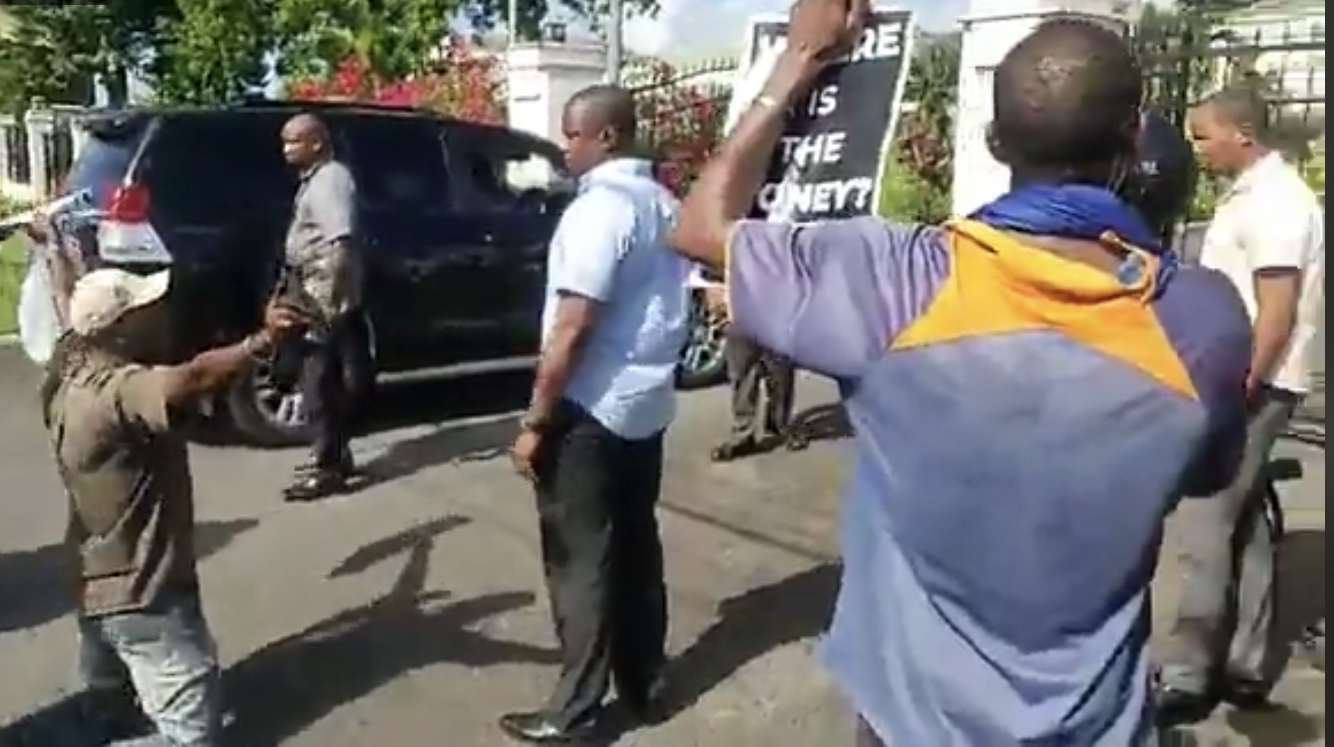 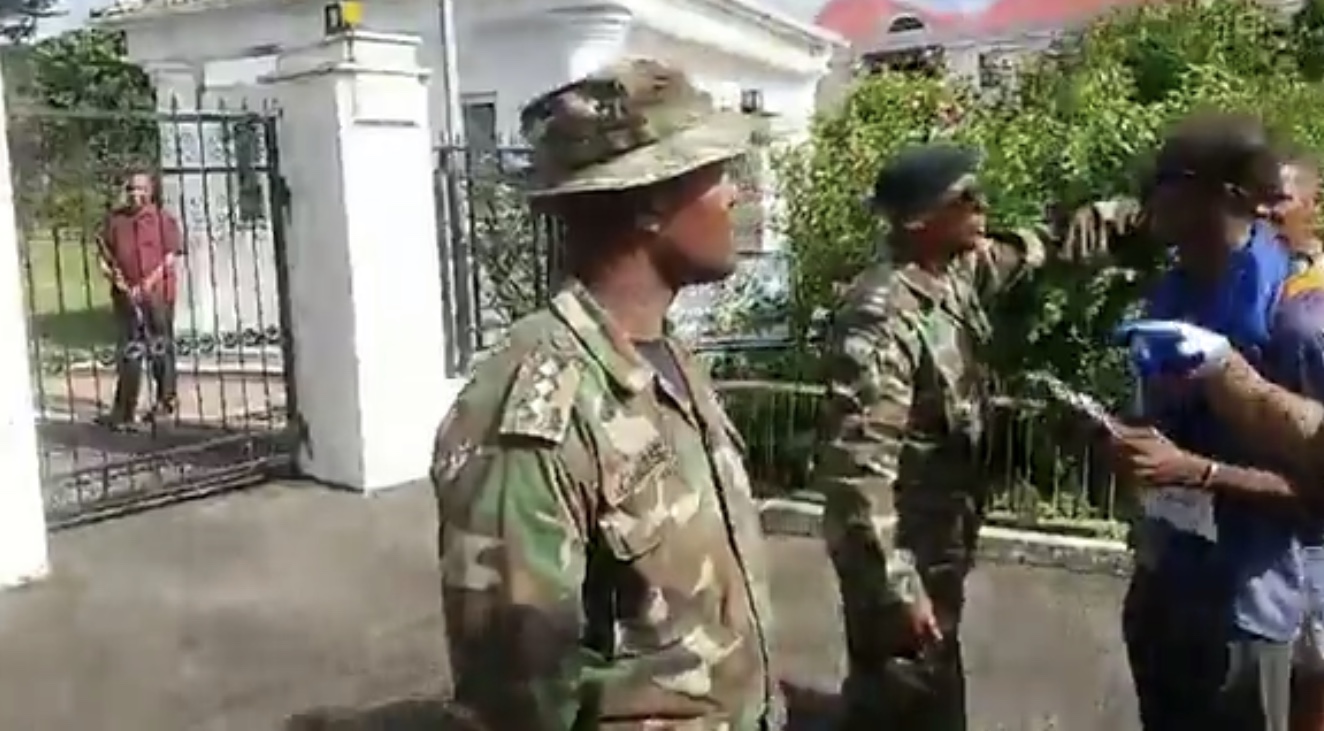