In 1979, approximately six months after Dominica attained independence, and Patrick John became the head of Government, the country in her maiden state in the process of establishing the foundation necessary to build on, went through a constitutional crisis which lead to the appointment of O.J. Seraphin as the interim Prime minister.

On May 29, 1979 a riot took place in the environs of the Dominican government’s ministerial building, and site of the national parliament. The conflict which erupted on or about 9:00 a.m. that morning pitted the government led by Patrick John against enraged civil servants, students, farmers, Labourers, unemployed youth, and others, determined to prevent passage of two amendments; one to the Industrial Relations Act, the other the Libel and Slander Act.

Historians record the riots that occurred during this period as the rain of stones. Almost all Labor party supporters’ businesses in the capital city were targeted and destroyed under the direction and encouragement of Charles Savarin. He basically crippled the country to meet his own selfish ends of overthrowing the Patrick John Regime, and to make way for Freedom party which he was a member of at that time.

Two lives were lost a lot of property destroyed, and the population suffered many hardships, nothing could stop Charles Savarin under he achieved his goal of bringing down the Labor Government lead by the newly sworn in Patrick John. 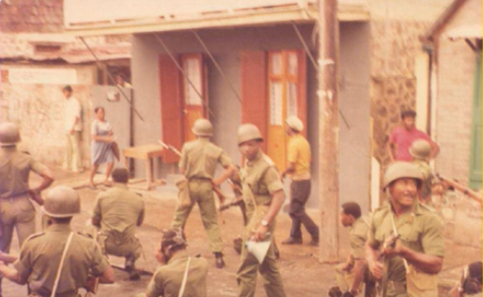 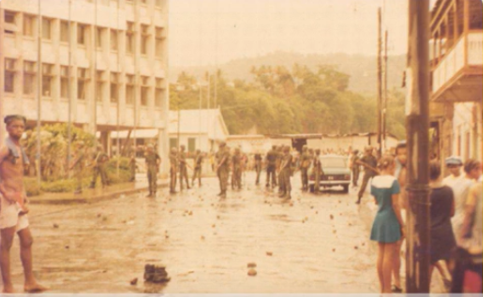 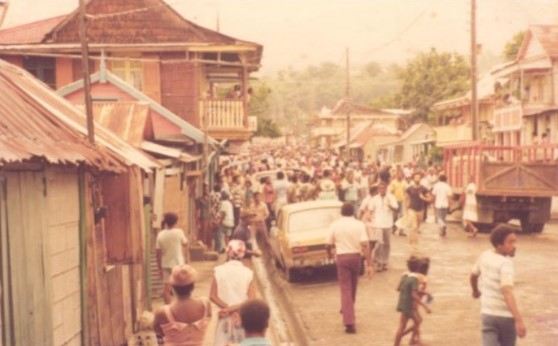 Fast forward to 2019, Charles Savarin through his parasitic and opportunistic maneuvers has now found himself to be the president of Dominica appointed by some say a different Freedom Party masked as the Labor party. The atmosphere in the country today is a change atmosphere. The people want change from a Labor party which some call the worst Government Dominica has even seen, or will ever see.

It is a scandal ridden regime, reports of lawless and corruption are never ending. Roosevelt Skerrit aided and abetted by Charles Savarin has brought Dominica to its knees, economically, socially, they have destroyed the reputation of Dominica around the world, and of course has totally destroyed all democratic institutions and the rule of law, and replaced the system with a dictatorship. Dominica can no longer be seen as a democracy.

The constitution of the commonwealth of Dominica, has been made Roosevelt’s doormat, and Charles Savarin Hears no evil, Sees no evil, Speaks no evil, and ignores all the people’s appeal to him.

After eleven years of the people’s demands for electoral reform and after three election cycles Roosevelt Skerrit directed and aided by Tony Astaphan refuses to allow the electoral commission to implement the reform on the grounds that it will affect his willing legacy, and the people are not having it.

The house was dissolved, a week ago, so effectively and constitutionally Charles Savarin is the head of the country. A letter seeking redress was delivered to his palace, with no acknowledgement and no response. It’s been three days people are gathering at his gate seeking an audience with him, instead they are met with heavy machine guns, and bullet vested men in army uniform. Charles Savarin has become what he claimed to abhor in 1979, and it seems Charles Savarin will create his second constitutional crisis in Dominica, this time as president of the country! God help us!