Control freaks suffer from an insatiable appetite to be “in charge” or as we colloquially say ‘run things’. Skerrit has demonstrated openly his desire to take charge by fair or fowl.

Coming on the heels of a stolen election where all manner of illegalities occurred, Skerrit in his new term as Prime Minister has taken it upon himself to be the Minister of everything that he perceives to have value, or need to facilitate his agenda of hiding.

It is evident that somewhere in Skerrit’s mind, he feels that his party and candidates or hangers on, whichever you choose to refer to them are incapable of taking on any responsibility of note.
Remember, in his last term, when he had plans to divert funds meant for the consolidated fund into the hands of private individuals to run his housing for votes scheme, he took the ministry of housing under his wings. To appease his loud mouth bull dog, he crowned him as a deputy with no merit or legal standing.

Now having stolen the last election, Skerrit has taken his oath on the Apocrypha bible. Aprocrypha is a Greek word that means to HIDE. What does Skerrit have to hide? Al Jazeera has already given us an insight but is there more? So now he has taken almost every Ministry to himself, particularly those Ministries that can facilitate his agenda to hide. 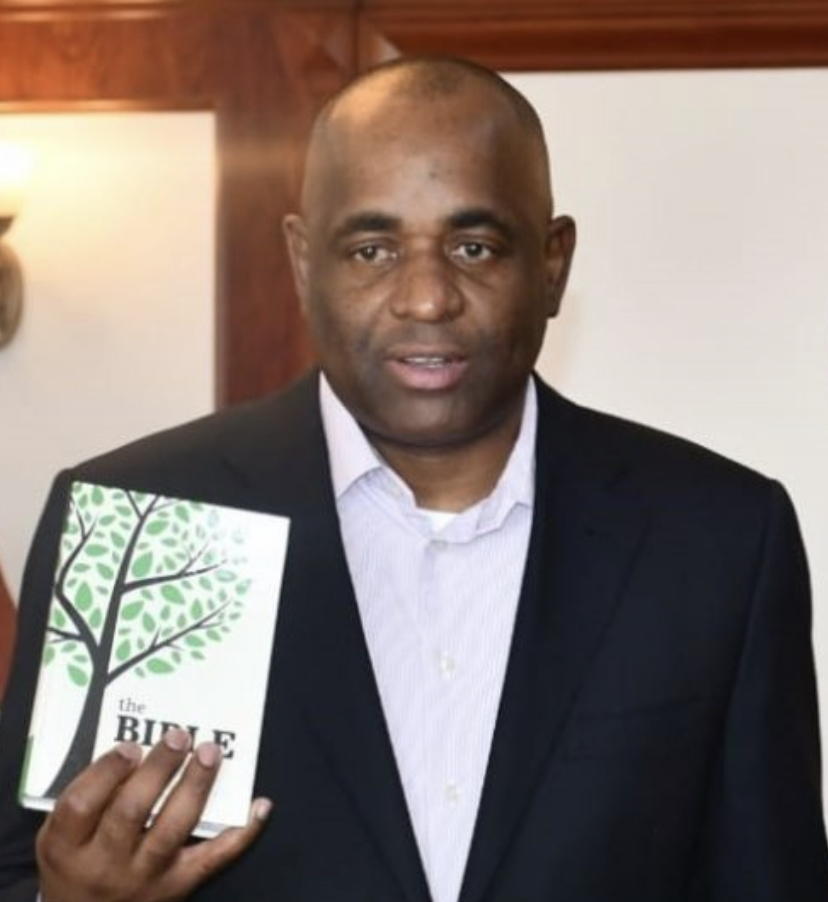 Let’s  look at the Ministries that he has taken under his wings; he is now the Minister of Finance, with a Financial Secretary so fed up that she is ready to take early retirement. He also has Economic Affairs, Investment, Planning, Resilience, Sustainable development, Telecommunications and Broadcasting. Yes indeed in his mind he is carrying Dominica on his back so he now has to show it. Forget the fact that despite his psychological issues, he is no superman.

Clearly, his desire to apochryphise the many many illicit deals that his tenure have embraced, the media needs to be silenced. He also needs to control the telecommunications portfolio, as that important area hold the key to the modern approaches to exposing what many think is hidden. With Telecommunications, he will try to shit up the media and prevent the words of his many misdeeds getting out.

The rantings from his thank you meeting in Vieille case cannot be taken lightly, he posits that he remembers very well, faces voices and he cannot be fooled. One wonders why the Madwake’s, Corallo’s and the plethora of criminal ambassadors could so easily fool him into appointing them. We watch and wait to hear what the rest of this tired and lazy cabinet will look like before commenting further.